Just a couple of weeks ago, on July 19, 2020, my father passed away from cancer.  That's not easy ANY time, but it sure is a punch in the gut when you're also going through your *own* cancer treatment.

Daddy was originally diagnosed with cancer in the summer of 2019, and went through chemo and radiation last fall.  His cancer responded well to the treatment and his prognosis was good, with a 95% success rate.  While his treatment was aggressive and very difficult on his body, throughout the winter, he was feeling better and improving in energy and endurance every week.  In December 2019, he had clear scans and we were making plans to see him in April 2020 in Tennesee for a volleyball tournament.

When I was diagnosed with breast cancer in March 2020, he was the person I wanted to talk to about it.  While his cancer was different, he had recently been through similar treatments and had to face the challenges of getting physically sicker and weaker in order to get better---something I was terrified for in my own life.

Daddy and I are a lot alike.  We don't like to depend on other people.  We want to be strong and capable and nonburdensome.  He was encouraging to me.  He told me to take it one day at a time--have just one goal for each day.   I took comfort in knowing that if he could do it, I could too. (I also vowed to allow people to help me and to let people into my experience -- something I didn't see him do much of, but that I knew was important for me to do in order to get through this well.)

When he told me in late April that his cancer had returned and spread to other parts of his body, it was a devastating blow.  Not just because HE was facing metastatic cancer and unsure about what his future looked like, but because his predicted success rate statistic after his treatment was high (95%), and so is mine (93%).  Statistics don't matter for anything other than knowing what the most likely best route is to take for treatment.  What happens to YOU and your cancer doesn't care one bit about the statistics. It's impossible for me not to compare...and that was hard.  Is hard.  And will continue to be a weighty pressure on me.

Is it strange to say though, that because I'd just been faced with my own mortality through my diagnosis, while he was also facing his, I was able to bond with my dad in a way I don't think anyone else in the family was able to do in those last two months.  As he  began his radiation and immunotherapy treatment, and had his head shaved because of hair hair loss, and while I was going through the worst weeks of my AC chemo treatment, we spent May and June talking pretty candidly with each other about how we felt, what we were each going through, and accepting and making peace with whatever each of our lives would look like moving forward.

I understood him when he said he'd had a good life and he didn't want to prolong miserable treatments and suffering in the name of living if it wasn't allowing him to *really* live.  He didn't give up.  He didn't give in.  He was just ready to go when it was time.  Even though I am his daughter and I wanted him to live a long healthy life, I was able to step into his shoes and know exactly what he was feeling and understand it--from *his* perspective, not mine.

So, when the radiation treatment just couldn't keep up with his cancer and complications began that put him in the hospital only one treatment into the immunotherapy that we *hoped* would prolong his life, my prayer for him was simple -- "Please heal him so he can LIVE and be the Chief he wants to be, or take him quickly so he won't suffer long."

My prayer was answered--not with my first choice of response. But because I *knew* Daddy was ready, and didn't want him to suffer, I was at peace with the answer we were given...and I know he was too. "Keep the faith," and "I'm in God's hands," are phrases he'd repeat often.

I never could have had that feeling of peace without also going through my own treatment at the same time.   We never would have had those last real, candid, and honest conversations without our circumstances being what they were.

So, in the middle of my own grief and this jacked up, messed up, tragic and chaotic world of 2020 (that I pretty much HATE), I'm also immeasurably thankful that Daddy and I had cancer in common. 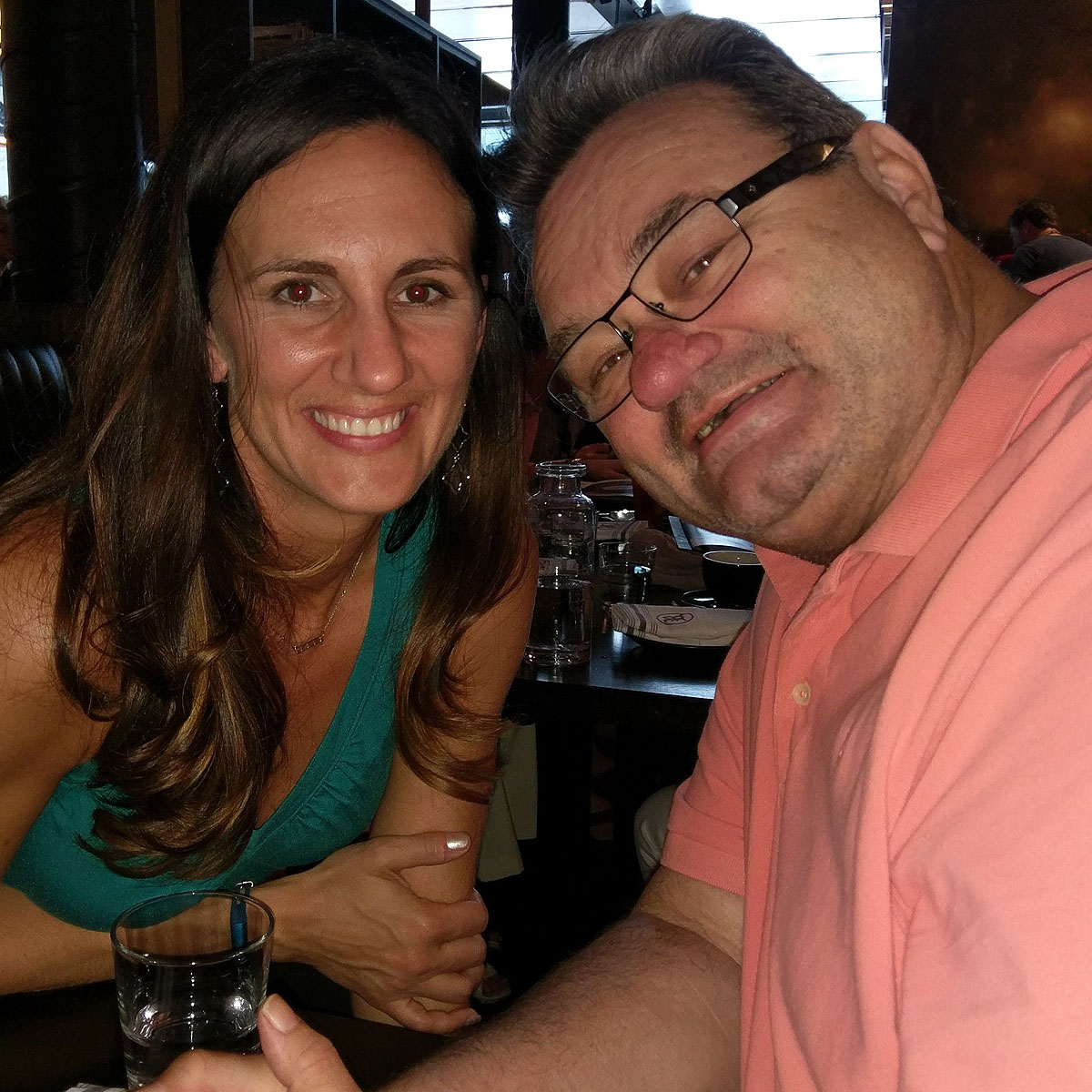